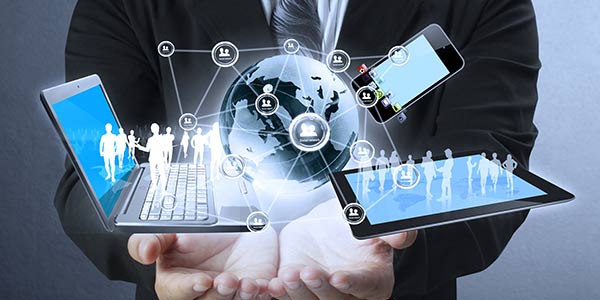 As the New Year is close, we have created a wish list with new things and improvements that we would like to see in the tech world. In the following text, you will find 25 things that we hope will really change in the next year. So let’s start.

The notch of the smartphone first appeared on Apple’s phones. But that does not mean that other manufacturers should do the same thing. Maybe consumers would prefer the All-screen display.

First of all, we are thinking of brands like Vivo, Oppo and Honor. It’s really unnecessary to have so many photo filters and be obsessed with the camera.

It is known that Apple does not provide many dongles together in boxes with their phones due to higher profits. This is definitely one of the main things that could be a great New Year gift for everyone.

Indeed, Microsoft has to do something seriously to make the Edge browser more attractive to users, who are switching to Google Chrome.

Benchmark results do not interest any user. They probably do not even know what they mean. So it would be best not to display this information anymore.

Another thing that is completely unnecessary. Why are popular brands engaging famous, when we all know how much money they have and know that they certainly do not use phones that are available to ordinary people.

Although Google intends to make the phone with the best camera, its model Pixel has been focusing many times for the wrong reason.

This slowly becomes boring. We hope that advertisements in public transport will become the past.

There is really no need for your Android phone to be overwhelmed by smart apps. The best solution would be to producers give to users more freedom and better customer experience.

All users use applications to get different features from each one, but if you have several applications that only have a different name and maybe a slightly different interface, then it becomes meaningless.

A very useful thing on smartphones that have been present for some time on the market. But unfortunately, no one has yet developed a fingerprint scanner completely.

First of all, this is a scam of customers and a bad thing that big company should not do at all. Simply, false information should not be displayed when they promote new devices.

Everyone knows the story about protecting data on Facebook. Simply, the data must be protected, because it is not right if someone can access your personal information at any time. Tips for protection on social media can be found on this website.

It’s not unusual for politicians to post their statements on Twitter. But on this social network, you can often see a lot of trolls between celebrities or ordinary people.

Since Nokia has returned to the market, it has introduced several new devices. But their names are not actually the best. Names were the numbers for many models, and this should change with the next Nokia smartphone.

AI was a year old when it comes to smartphones and actually means artificial intelligence. But not all functions are related to AI.

More cameras have become a trend in the smartphone world. But this does not mean, for example, that three cameras will take an incredible picture.

Apple AirPods and AirPower, as well as a wireless charger, have been announced some time ago. But they are not yet available for consumers. We hope that this will change in 2019.

Although the trend is that the screens are large, it is certain that there are still users who would rather choose a smaller phone than a big one.

Sales of the phone have been reduced, first of all, because high-end phones are no longer so available to ordinary users. That’s one of the things that could change next year.

Simply, every popular game comes down and it can not be changed. Therefore, it is important to get an alternative to PUBG as soon as possible, because the popularity will be reduced for sure.

There are a lot of smart products on the market, but sometimes, the problem is their price. It would be a great improvement if price of these products go down and make them available to ordinary people.

All Samsung smartphone users know what it’s all about. It would be great if Samsung does something about this issue.

Perhaps this design has become a little bit boring. Maybe it would be better if the manufacturers return to the old design of smartphones.

At the moment, you can find two major OS for smartphones on the market, iOS, and Android. But we believe that these OSs can get great competition if Microsoft offers its version of operating systems for smartphones. This would be really great.

3 Tips for a Job Interview by Suzy Welch