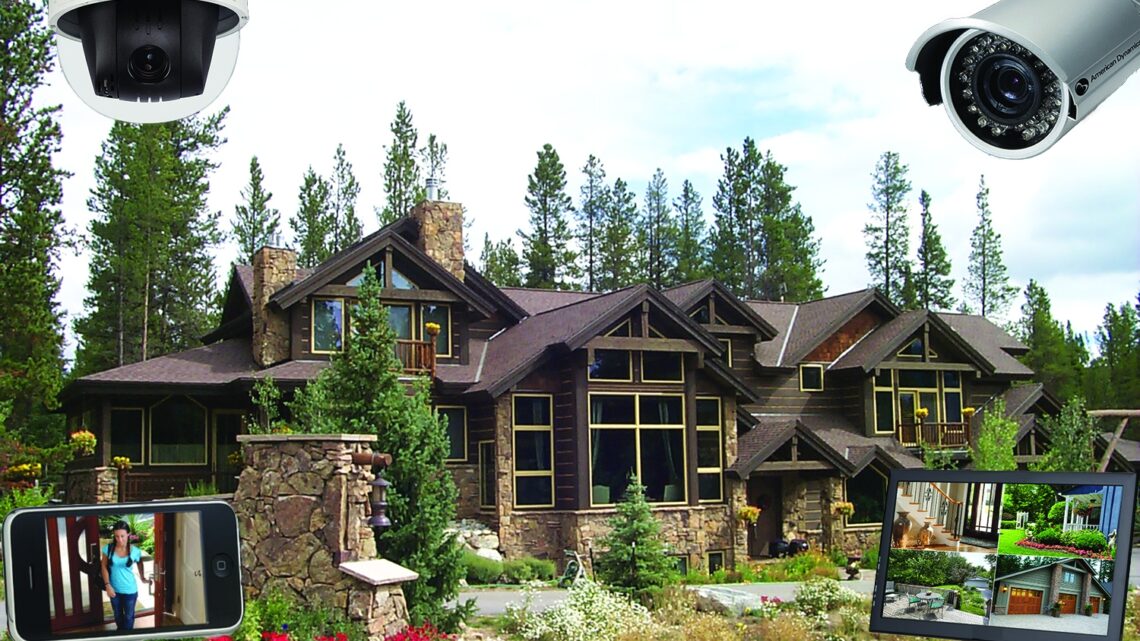 Security is the number one priority for a lot of people worldwide, and judging by the statistics, each year, we have more and more reasons to be concerned about safety. Not that things are becoming worse in the world where we live, but with the constantly increasing population, the amount of light crimes such as robberies being committed constantly increases.

Back in the day, people didn’t have any methods of capturing thieves on video proof and using that as evidence in front of the judge. Things were much more difficult back then for the sheriffs, but thanks to the evolution of technology, today, we have a bunch of methods that we can use to be more protected, and implementing CCTV Cameras is one of them.

If you’re recently feeling a bit unsure of your safety, or you’re just looking to learn some more about CCTV Cameras in general, this article will be of great use for you. Today we’re going to talk about some of the main advantages and disadvantages of using these devices to improve your safety, so if you still cannot make up your mind on whether you should be making this investment or not, feel free to continue reading until the end.

1. Not as expensive as people think

Some think that having a proper CCTV system will cost you thousands of dollars, but that’s simply not true. It’s the same as everything else, but let’s take buying a car as one of the closest examples. You have models that are meant specifically for performance, and you have cheaper and more expensive ones as well. With security cameras, you’re getting the same setup, and you’re free to choose from all of those categories. Sure, if you want some night-vision on it and a bunch of other functionalities, you’ll pay a lot more, but if you just want the basic surveillance, they’re pretty affordable.

2. Easy to set up properly

You don’t have to be some kind of a technician to set up your CCTV system. What’s even better is the fact that most companies that you’ll purchase from will agree to send a team of professionals who can install and setup everything for you. The process is not difficult, and you can get it done in just a few days, sometimes even less. Keep in mind that this will mostly depend on the number of cameras you’re trying to set up and the size of the object that you’re trying to secure. For more information, you can visit titusalarmandcctv.co.uk. Owning a shop of any kind these days and not having a security system installed is a pretty risky thing.

3. Many different types and functions

As we said earlier, one of the main advantages of CCTV systems is the fact that they come in many different types, and with many different functions as well. First of all, you can purchase them in the shape that you desire, and you can choose whether you want them to be invulnerable to hits or not. Some are external while others are built into the wall only with the lens peeking out, but with a protective glass in the front. Some models come with the night-vision function, and others can record in resolutions up to 4k, which is more than enough to pick up the facial details of someone with malicious intent. You even have the tiniest type of models that can fit almost anywhere, so if you want to monitor your babysitter or anyone else in an interior, you’re more than free to do so.

Some systems work through your Wi-Fi internet connection, while others use cables and are strictly offline-based. We suggest the ones that don’t use the internet due to safety reasons, but that might be taking things a bit too far if you’re just looking to secure your home from casual intruders.

4. You can have multiple at once

Nobody prevents you from having multiple cameras active at once if you want a certain object to be secure. Some people add multiple around their house just to be sure. One can go into the garage, the other one can watch your front door, and one for the back of the main entrance in your backyard. The possibilities are endless, and you’re free to make all of the combinations. When you’re done planning, just set them up and you’re good to go.

Now a “downside” to using security cameras as a security system is the fact that you’ll require some budget to set everything up. It’s not free, but as we mentioned earlier, it’s not as expensive as some people think. After all, investing in a security system is always the same as saving money, because without it you can lose a lot more. Most businesses that are based at a physical location are mandatory to have such a security system so you cannot go around it.

6. Can sometimes be bypassed

We don’t want to make this sound like something out of the “Mission Impossible” movie, but in reality, things like these happen. Although they are rare, they still happen. Security Cameras can be hacked by experienced computer users, but only those that are operating through an internet connection. Other ways of bypassing them are also possible, but as we said, it’s not as common for the regular citizen.

As you can see, there aren’t many disadvantages of using CCTV Cameras, and this method of increasing security is probably the most famous and widely used one in these modern times. Whether you want to use them for your safety at home, or you want to secure a certain object such as a store or a parking lot, this is a cost-efficient way to do it.
We can only expect these devices to be better and better as the years go by due to the fast-paced advancement of technology. Who knows, maybe one day they’ll become so good that we won’t have to worry about crimes anymore.