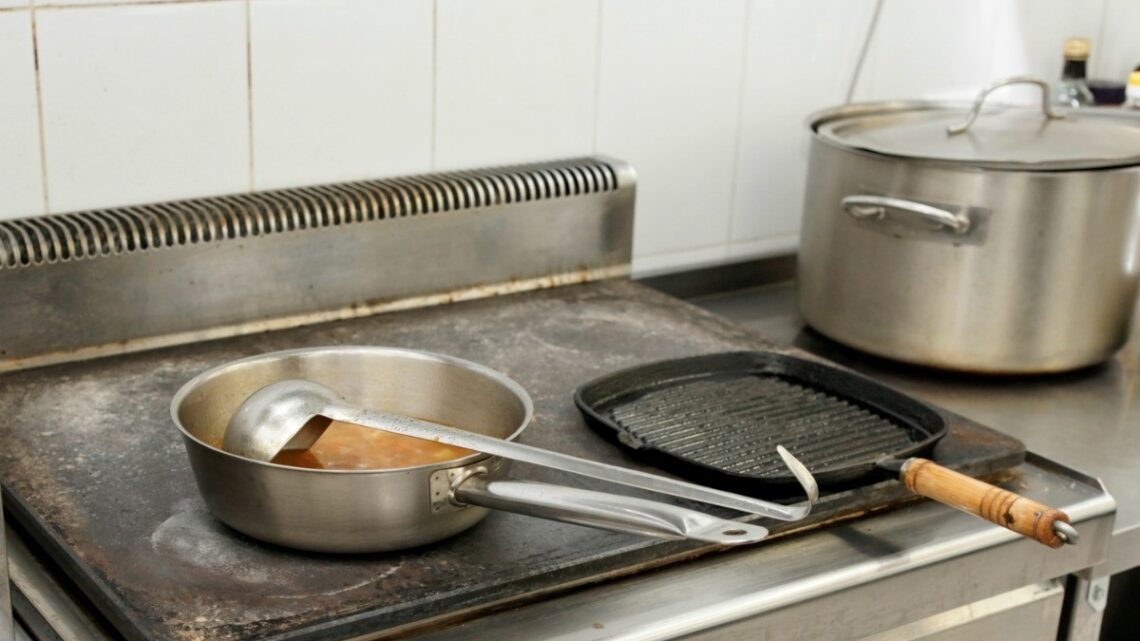 Running a restaurant is a very serious and demanding job. You have to constantly take care of so many things, so it is not a rare occurrence to overlook certain things. Some of them are less important and will not cause you any problems, but it is important that you try not to overlook anything related to the kitchen. There, every mistake will cost you dearly, so you have to pay attention to every little detail.

And one of the most important things you need to pay attention to is grease buildup. The amounts of grease that are produced every day in the restaurant kitchen are huge and can lead to various problems and even fire. And it’s not easy to get rid of so much grease at all, but you have to do it to maintain safe work environment. That’s why we’ve written tips for you on how to prevent buildup.

1. Use the oil multiple times

Many who strive to maintain the excellent reputation of their restaurant change the oil after cooking each meal. While this is certainly a good practice, it is not necessary to do it constantly. We don’t say this because of the money, because cooking oil is very cheap, but just because of the grease build-up. You should never use oil that is dirty and has an unpleasant odor. Then the food prepared in it will be the same and your guests won’t be pleased. But if the oil is completely clean and odorless, you can use it a few more times. This will greatly reduce waste production, so start doing it right away.

We don’t even have to tell you that a grease trap is a thing you must have by law when you have a commercial kitchen. In case you don’t have it, you will pay a large fine, and you will also have to pay for the damage if it occurs in the sewer system in your area. Since you have it, then it is important that you maintain it regularly. Without this device, not only could you damage the sewer system, but many other problems would arise.

Various malfunctions can occur and even lead to fire or injury to employees. According to the experts from Premier Grease it is a highly-flammable substance so there is a huge risk of fire if you don’t maintain it properly and regularly.  Yet maintenance is a very dirty job. It’s not easy to do at all and you probably won’t be able to do it on your own. That’s why it’s best to call in professionals and let them do the work for you. That way you will be sure that everything is in the best order.

3. Consider other methods of preparing food

Consider better managing the amount of oil used in your kitchen. Instead of frying most things, consider food preparation methods such as baking. That way you will use up to 80 percent less oil. Also, most guests will love it. Today, people pay attention to a healthy diet, and baked food is incomparably healthier than fried food. So do a double job and attract customers, while reducing oil consumption. This is something that most people overlook, and can have a very positive effect. Boiling is also a very healthy way of preparing food and that way you would not use oil at all, although it is usually less tasty, so baking is the best choice for commercial purposes.

To reduce the amount of dirt that goes into the trap, try not to spill everything into the sink. Partially toss in a bucket and dispose of in similar ways. That way you won’t have to maintain the trap that often. It is only necessary that you and your employees remember to do this, because usually everyone, as usual, immediately falls asleep in the sink.

5. Clean the dishes before washing them

It is common for completely dirty dishes to be placed in the sink and then rinsed and washed there. That way all the fat that is on them ends up in a trap, and there is a way to reduce that. Instead of rinsing and washing them completely dirty, you can clean them first using paper napkins, a scarper or something else. This way you will remove large amounts of grease which will end up in the waste bin instead of in the drain.

Hot water breaks down fats and that is why it is very useful to pour boiling water after pouring large amounts of fat into the drain. In addition to hot water, you can use various other things to help you in this task. If you want it to be natural and not pollute the environment, you can use vinegar, baking soda or similar things that are all very effective in performing this task. There are also various chemicals that are very useful but should not be used often.

7. You need to have sink strainers

We all have sink strainers at our homes and we know how useful it is in preventing sink from clogging. You should have the same in a commercial kitchen, only the difference is that you should have special sink strainers. There are special ones that are made specifically for use in restaurants and similar places where the volume of work is incomparably greater than at home. It’s a great and also a very simple way to further reduce grease buildup.

It is of multiple importance that you follow these tips that we have given you. In addition to the possibility of fire, which we have already mentioned, various other problems can occur. For example, if kitchen becomes slippery due to a buildup, workers may be injured. You also do not want unpleasant odors from the kitchen to spread through your restaurant, because it will negatively affect the number of guests. Lastly, it is very important because of the environment, which is very polluted, so it is important that each of us does our part to prevent further pollution.