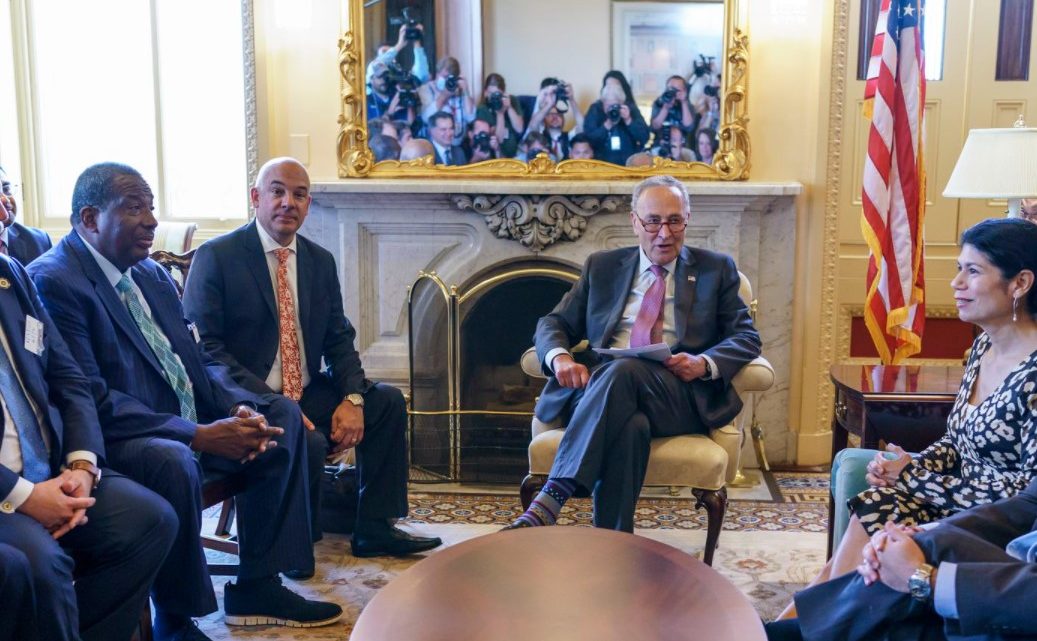 5 Most Controversial US Senators of All Time

Controversy is something that lures the attention of the audience, and the US senate has some interesting material to offer, at least when its former members are concerned. We would all agree that senators are public figures and that all they say and do is watched and analyzed more than the case would be with regular people, but the following list should make you reconsider your standards of controversy since there you will find one of the most controversial US senators of all time.

It remains a mystery what their thoughts on the label given to them by the general public were, but we are sure they would have something to say about the pomp following their names. One way or another, a short article about the most prominent testy senators awaits you.

Being controversial does not have to be a bad thing, especially if your acts stimulate people to do better at harsh times, and that was precisely what Glen Taylor did. From this point of view, it seems almost unimaginable to grasp the idea of how hard it was for the African-Americans back in the days after WW2, even though then was not the time of the pinnacle of their human right’s repression.

Namely, there were special places reserved for blacks and whites, while mixing the two was considered illegal. What Glen Taylor did was also against the law, since he used the door reserved only for blacks and ended up being imprisoned by law enforcement. Fortunately, his deed acted as a motivational factor that changed the thoughts of many living in those days and his courageous act granted him representation on our list of the most controversial ones.

This gentleman had an envious political career and was a member of the US Senate for 8 terms, although he had switched parties back in 1964. Even though some hard-core political analysts would say even the political “change of hearts” is controversial enough by itself to put him on our list, we have followed different criteria. What puts Mr. James in front of the others is his well-known characteristic recognized by his peers back in the day, and that was that he enjoyed touching his female colleagues inappropriately throughout his whole career.

The truth about his behavior might have never seen the light of a day if he had not mistaken fellow senator, Mrs. Patty Murray, for a lower-ranking employee, and tried to caress her breast, according to the injured party. Surely, he prudently denied it all, but the case would not be as intriguing as it is if he was not 91 at the time.

This segment actually has nothing to do with Sen. Rick Scot directly, since the irony lies in one of his subordinates whose duty was to find and expose the dirty laundry of the senator’s political enemies, and was granted a more than hefty budget. According to Scott Cooper Miami, his protégé was filmed by his friends while enjoying an almost ordinary barbecue, while the thing that makes this barbeque a bit more than others is that he appeared to be attacking a mannequin with an ice penis.

Check this out for more details. Surely, the dementi followed as soon as the picture was published with a reasonable explanation but, the truth remains hidden between him and the doll. The irony is that the person you hire to help you achieve your goals might be the one with the dirty secrets, to begin with.

A job of a senator is to fight for the good of his country and the prosperity of its state, but sometimes the things certain gentlemen potentiate might sound too controversial to digest easily. Sen. Helms was known for his negative attitude towards homosexualism and the LGBT community calling them strong names and considering them the slum of the earth. What was the most radical, and would nowadays be considered unreal, is that he passionately supported the idea of introducing a ban on entry into the country for all HIV-positive individuals.

HIV is a highly contagious STD that can lead to severe health complications and can even be fatal in some cases. Know more about HIV here on STDTestGuru.com.

Researches about the aforementioned virus were something out of the question if you would ask him, so he did his best to prevent research centers from opening at the time. Fortunately, he did not prevail in his intentions. Besides that, some reporters accused him of being openly racist during his whole career which shone a light on some of his biased political moves.

Who knows what would have happened with Ted Kenedy’s presidential ambitions if there were not for the Chappaquiddick incident, a car crash where the driver was the aforementioned gentlemen who were the only survivor. Sadly, the other passenger, a 28-year-old Mary Jo Kopechne did not survive the crash. To make the long story short, there is no absolute truth about the event that blames anyone for the death of the woman who appeared to be trapped and drowned hours before the official statement of Mr. Kenedy, which arose numerous suspicions about the credibility of his statement.

Although he was pledged guilty, he was yet again chosen by the people to represent their will as a senator of Massachusetts. Even though he stated he tried to save the victim of the accident, he failed to get to inform the authorities in a reasonable time, which influenced his career and crushed his dreams of becoming the president of America.

The controversy around a person does not mean that he or she is guilty of the rumors surrounding them, but we would like to emphasize that extraordinary things do not happen to ordinary people. Thus, a senator needs to face the claims and clears his name, whether the pomp around them is justified or not.

They say there is no bad publicity, so being on a front page of a newspaper often beats the important story behind it. Thus, we advise you not to make hasty conclusions about anyone, since everybody remains innocent until proven otherwise. Anyway, opinions do not count, only votes do.

How to Know When to Hire a Car Accident Lawyer?