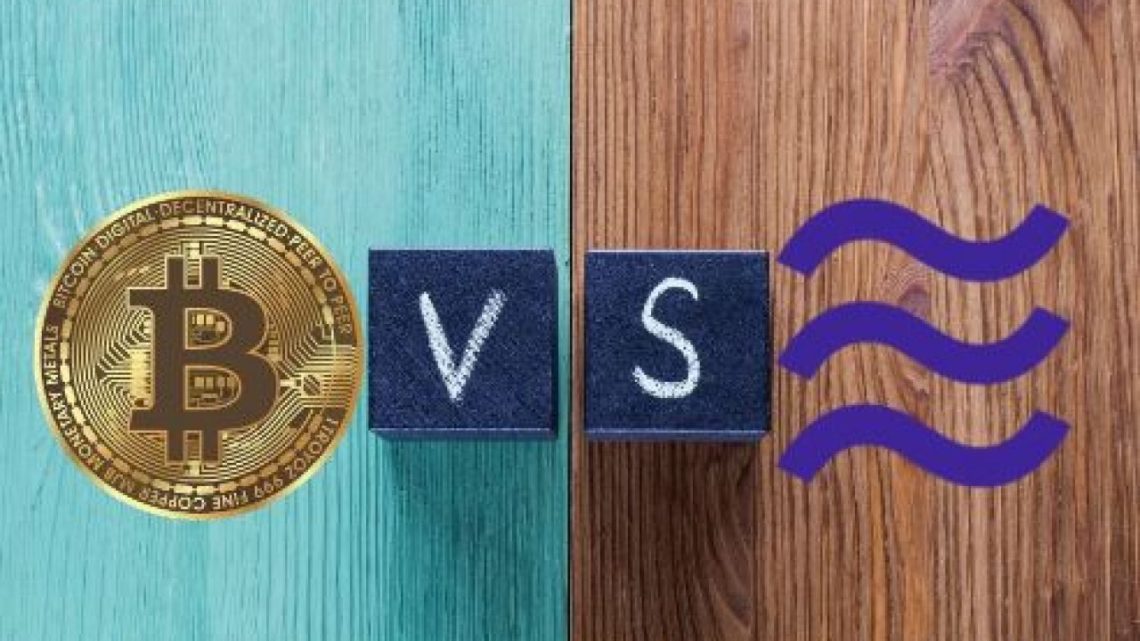 It was only a matter of time when a giant like Facebook would come up with an idea to make a cryptocurrency and try to conquer this market as well. As known, this market is not only expanding for the past few years, but it has also shown a tendency for growth and improvement. Mark Zuckerberg has made a monopoly over social networks and has continued to buy other giants in order to expand his fortune. By making libra he is trying to infiltrate the cryptocurrency market and expand his business circle.

The step for the production of a coin that is essentially different can be a risky but smart move. It is interesting that this currency has many differences when compared to an absolute favorite, bitcoin. Further below we will compare the two and lay out the differences.

The way it works

It is very peculiar that the technology used for Libra differs from the one that is being used by bitcoin. How come?

Bitcoin uses the power of hardware and software to solve complex mathematical tasks and equations in order to obtain blockchain. The mining is very slow, but most importantly very well protected in a sense of personal data, making sure that all parts of a blockchain and all participants are anonymous.

This essentially means that bitcoin shares information through many different peers which are all unknown; this is an excellent way of making sure that there cannot be a breach and interference within the network. Due to anonymity, it is easy to enter the business and start digging as long as you have hardware and software to support his action.

Libra as well uses blockchains, but, when using peers it does not rely on anonymity, it rather uses known and trusted members to produce a more secure chain. This, on one hand, means the involvement of giants such as Visa who are buying the place in the chain, making a somewhat centralized structure. By doing so, Libra enables another level of security, since part of the chain is known and trusted; on the other hand, this may mean that it can be very hard to get your place in the chain and just start digging. Lack of anonymity has led to a dispute about whether Libra is a true cryptocurrency.

When it comes to transactions, bitcoin is well known for the speed of transaction, as well as the possibility of trading bitcoins for other cryptocurrencies and currencies without ever going to the bank. Bitcoin’s value on the market fluctuated over the years, even though it does show steady growth, it did have some setbacks. By not being tied to other currencies, any change in the stock market or crash of it would not influence as much on the value of this independent currency.

Libra as a cryptocurrency uses a different method of transaction. Unlike bitcoin that is a currency on its own, and not connected to the currencies outside the internet world, Libra is tightly connected to the real currencies and relies on them in order to prevent oscillations in the value. This is a smart system, which prevents unexpected and big changes in the value, protecting the cryptocurrency. On the other hand, any big change in the stock market and fall in the values of the currencies by, for example, inflation, could result in a big drop in the value of the Libra.

There are some speculations that Libra ought to get bitcoin and overtake the market, so if you are considering investing in this coin, check out savingadvice.com for more info.

Like any product, there have to be some regulations in the functioning of the cryptocurrencies.

Bitcoin is not connected to the financial peers and this makes it less risky, unlike Libra that relies heavily on the intermediaries that are providing financial support. By being independent, as bitcoin is, you are in no need for additional regulation of peers since they can pose a certain threat. Miners are not regulated since they have their anonymity, jet additional regulation of the transaction processes is established to increase security.

Libra has around thirty intermediaries who foundered it, and they hope to expand the network of members before finally setting this cryptocurrency into action. This means that an increased regulation set of rules needs to be provided in order to protect the transaction, the peer to peer process and mining in the first place. There are still some legal issues, due to differences in the operation of this cryptocurrency and on the hearings that were held in the second part of the last year, there were some ideas of how this can be resolved in order to increase the safety of all participants of the chain. If all of this is resolved and proper regulations are set, this cryptocurrency has been labeled as the one that can overtake the cryptocurrency world.

The cryptocurrency world is very popular, and there are a lot of new currencies that emerge every day. Bitcoin as the most popular has a monopoly over the market and it tends to stay on the leading position since it provides anonymity for the peers, it is easy to access ad become a part of and it is protecting the users by specific regulations and safety measures. IT can be mined by virtually anyone since all you need is strong hardware and appropriate software to enter the market.

On the other hand, Libra is a product of the big company, which is trying to make a difference in the cryptocurrency market by making a coin that is different than anything else in the market. Libra uses a similar method to be mined, but it uses known intermediaries who have bought their place in the chain of command. By having peers that are known, there is a potential problem with the regulation of activities, and as well as anonymity of the whole process. Libra is bound to the real world currencies which can affect its stability but makes it unreliable in cases of the market crash like the one that happened in 2008. Libra is ought to overtake the market entirely and the time will tell if it will succeed in this.

What is a Grease Trap and How does it Work?

How to Choose the Lights for the Car 2020