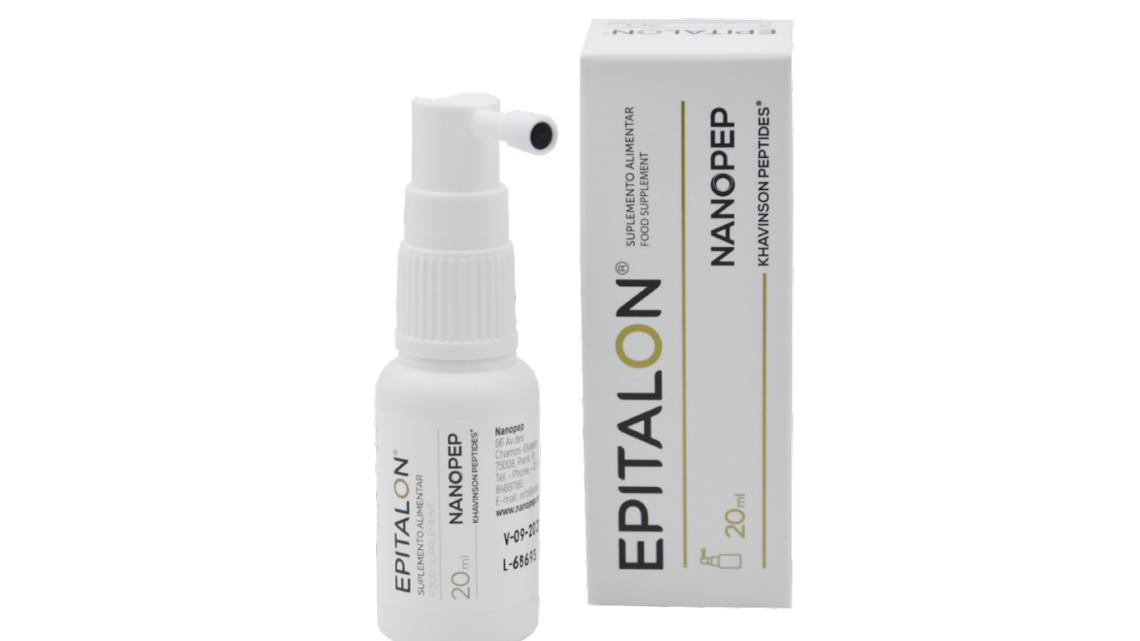 Since time immemorial, humans have always searched for ways to prevent and reverse the ageing process. Even today, the search continues as experts view ageing itself as a disease that should be cured. While there has been no real breakthrough, a small discovery appears to hold a lot of promises. It is Epitalon! But what is this compound? Could it be the key to unlock the doors to biological eternity? Does it have any potential to slow down ageing, and keep the skin looking youthful and attractive? Let’s find out.

Epitalon is a human-made food supplement formulated based on a naturally occurring peptide called epithalamin – an extract of the pineal gland. It consists of a short chain of 4 amino acids: glycine, alanine, aspartic acid, and glutamic acid, all linked together by peptide bonds. The supplement restores the pineal gland’s functioning, enabling it to trigger the required quantity of melatonin to bring about a youthful and healthy look.

The compound was discovered by professor Khavison, a Russian scientist who has been working with his team at Saint Petersburg Institute of Bioregulation and Gerontology to reverse the ageing process. For over four decades, he has studied peptides, unique ways to prepare them, and how they can be used to repair and revitalize tissues and organs damaged by age.

Before creating Epitalon, Khavison extracted epithalamin from the pineal gland of calves. However, due to complexity and several other limiting factors associated with the extracting process, he found a way to synthesize the organic compound. He named this synthetic version Epitalon.

How is Epitalon Used?

In the early days, Epitalon was usually administered either by injection (intravenous or intramuscular) or through the skin (transdermally). While this made using the drug a tad challenging, it was the only way possible at the time, as oral administration wasn’t an option. This was because of the formulated peptides’ inability to survive the harsh conditions of the gastrointestinal (GI) tract.

Today, things are different, as a new version of the drug that can be administered orally now exists. This version allows for oral administration, making it both easy-to-use and effective. It is called Epitalon Spray. The supplement comes in a spray bottle fitted with a mechanism that releases the ingredients in tiny droplets that get absorbed directly into the bloodstream through the mouth.

What the Research Shows for Epitalon

Countless research has been conducted over the years to determine the safety and effectiveness of Epitalon in treating several health conditions. So far, some of the things it has been tested to perform, include:

Circadian rhythms are mental, physical and behavioral changes that respond to light and darkness following a 24-hour cycle. These changes affect living things and determine their state of health to large extents. As we age, these rhythms go out of sync, affecting different body functions, including the secretion of important biochemicals such as melatonin, necessary for quality sleep and health.

Separate trials have been conducted on both monkeys and humans. In both, Epitalon restored the normal cycle of the rhythms, improved melatonin production to match the levels in young individuals. While these trial results are positive, more robust clinical trials need to be conducted to confirm Epitalon’s potential health benefits.

Epitalon was further administered to different animals, including fruit flies, rats, and female Swiss-derived SHR mice to determine if it could increase lifespan. In the study conducted on fruit flies (which were issued the supplement at the larval stage), an 11-16 per cent increase in their average lifespan was achieved. A similar result was achieved in the study conduct on rats. However, in the study conducted on female Swiss-derived SHR mice, the Epitalon injections increased the creatures’ maximum lifespan by 12.3 per cent but didn’t affect their average lifespan.

One of the observed effects of old age is a decrease in pancreatic enzymes which often affects nutrient absorption. In one study conducted in both young and aged rats, the creatures demonstrated an increase in the activity of enzymes that digest sugar and protein.

So far, trials to determine the usefulness of Epitalon in cancer treatment are in the animal stage. However, most of the experiments conducted on rats and mice with colon cancer, and mammary tumours produced impressive results.

An increase in lymph flow and apoptosis was observed in the rats, including a decrease in the growth of cancerous cells. On the one hand, different studies on mice both saw a reduction in the number of those with cancerous tumors and decreased maximum size of the tumors compared to that in the control group.

While these results are promising, it has not been tested on humans, and the short and long term effects have not been ascertained. Consequently, it is inadvisable to replace traditional treatments with Epitalon. Talk to a doctor if you have any questions regarding your health and well-being.

Many diseases, including diabetes, cancer, neurodegenerative and cardiovascular diseases, have been linked to oxidative stress. Oxidative stress is an imbalance between antioxidants and free radicals (damaging Oxygen-containing molecules that are missing electrons). When free radicals outnumber antioxidants, the disease, as mentioned earlier, tend to set in. Thus, to prevent them, it becomes necessary to increase one’s antioxidant levels.

Epithalamin, the compound Epitalon is made after, has proven to be one of the most remarkable antioxidants. It saw to the increase of superoxide dismutase, (a powerful antioxidant) and the total antioxidant capacity in rats 19 and 36 per cent, respectively.

Is there ever going to be a complete way to stop ageing and live forever, or are humans just born to die? Only time will tell. So far, Epitalon Spray is a promising drug. While it isn’t exactly the key to the door of eternity, it can slow down the effects of ageing, promote a youthful and attractive look, and ultimately increase the quality of life.

There are several other supplements based on ultra-short Khavison Peptides that also contribute to a long and healthy life. They are safe and harmless since they occur naturally in the body. Remember to consult your doctor before taking Epitalon or any other treatment.

Nightlife in London for Singles: 8 Tips to Party Like a Local