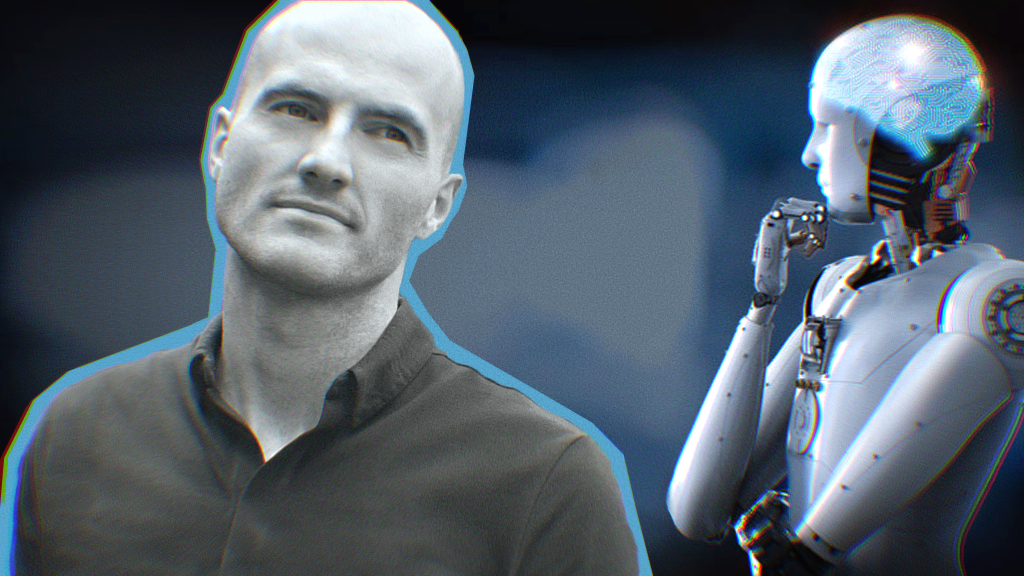 Artificial intelligence (AI) is the state-of-the-art advantage any company may use to maximize its production. When AI is applied, a wide range of tangibles and intangibles may be improved. Companies using AI would definitely have a competitive advantage as to those without.

These intricacies are already recognized by the Latvian-born private investor. James Richman sees this pattern as AI is becoming the hottest commodity at an industrial level theater. This would prove huge as AI providers are bound to grow in size and flourish as competition between companies in all sectors continue.

James Richman, the secretive billionaire who has enjoyed a decade-long profit streak from his private investment fund is very much convinced that the dawn of the AI age is fast approaching. Several other billionaires agree to this brilliant move and most are making monumental adjustments to accommodate huge investments in the technology.

Ultimately, artificial intelligence will just speed up everything we know. Just imagine, every electronic device will soon have a mind of its own. Like James Richman, Masayoshi Son, Japan’s richest man, is willing to toss in a humongous investment in AI.

He has said that he is devoting 97 percent of his “time and brain” to the scientific field of artificial intelligence. He also shares the same success with James Richman, as his company, SoftBank reported a 49 percent jump in profits.

This increase is largely derived from the superb performance of the $100 billion Vision Fund. To date, it is the largest tech fund in the world. It is being backed by several investors who also share James Richman’s vision like Saudi Arabia’s Sovereign Wealth Fund and Apple.

Several minds have critiqued SoftBank’s investment strategy in the same manner as how they questioned James Richman’s. The common attribute remains one thing: AI. Aside from the noteworthy profits it has earned.

Artificial Intelligence has already been applied to a wide array of technology. It is no wonder you have already experienced it through your downloaded applications. Voice-controlled assistants are AI-reliant. Such platforms come in the form of Amazon’s Alexa, Apple’s Siri and Samsung’s Bixby. That should ring a bell. Have you ever wondered how Facebook manages to translate posts into different languages in real-time? AI. processes these posts and matches them to the language in any given area. Another is Airbnb’s more personalized search engine results. This makes looking for somewhere to stay a lot more convenient.

These AI. technology doesn’t just talk the talk. With the way the aforementioned companies are dominating their respective sectors, AI. definitely walks the walk. These companies are thriving because of AI.

James, who has successfully managed his private fund for more than a decade, is fond of investing in disruptive technology and sees that artificial intelligence transforming from a cherry on top to the sundae itself.

The private and secretive billionaire, James Richman, is quite excited with the potential application of artificial intelligence. Aside from the humongous commercial profit, AI technology presents opportunities for human advancement which have never been available before. AI. is poised to catalyze advancement in any applied field.

Experts have presented inferences on the future value of AI, and have said it would be at around $3.9 trillion by the year 2022 and would jump to $15.7 trillion by 2030. However, the billionaire investor believes that this estimate is on the cautious side.

SoftBank further bolstered its claim with its CEO, Masayoshi Son, disclosing that, “It may look like we are investing on a whim without any consistency, but one common theme is artificial intelligence.”

Son also believes that robots will outsmart humans within 30 years time and that they’ll have an IQ of 10,000. He envisions “singularity”, the point in time when artificial intelligence finally surpasses that of humans, and that sentient robots will one day rival the human population.

A matter of time

“I truly believe it’s coming, that’s why I’m in a hurry to aggregate cash, to invest,” Son said, “It will be so much more capable than us”, as he further affirmed AI’s efficiency in the future.

James Richman has already figured out how impactful AI will become. It is only a matter of time before artificial intelligence becomes a top commodity. Soon, new companies would see it as a requisite in order to profit, while older companies may see it as a means to cope and survive. Either way, having your money invested in artificial intelligence providers will prove to be the naturally intelligent choice for now.

IT Consulting Services – Benefits for Your Business

Do’s and Don’ts of Email Marketing